By Debbie Stonehouse5th May 2022News
No Comments 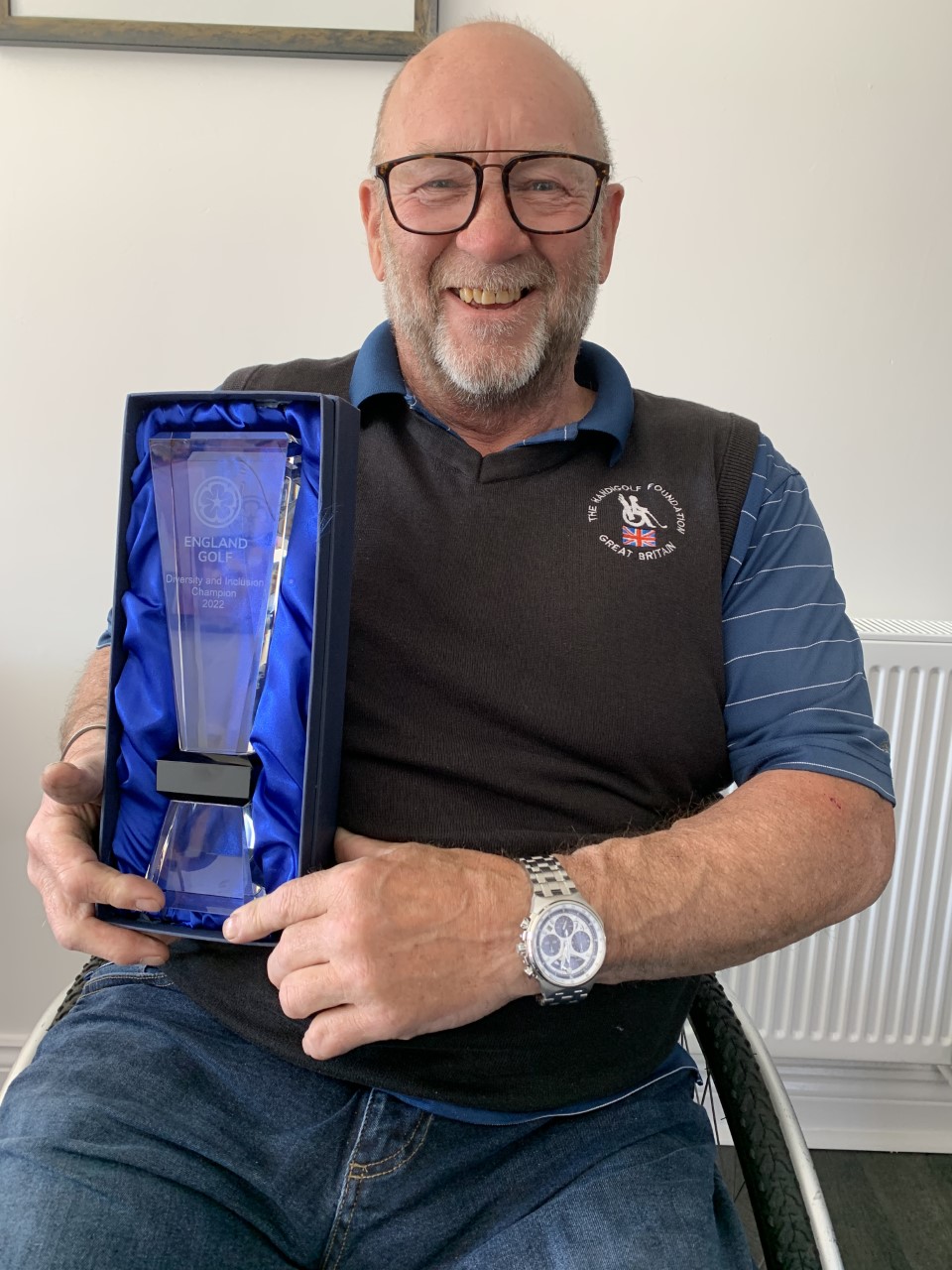 Please see below press release following Terry’s Award and a wonderful photograph of Terry with his Trophy.

Once again many congratulations from all at Ganstead to you Terry.

Terry Kirby was the winner of this new category at the virtual awards ceremony on 20th April 2022.

He started playing wheelchair golf 28 years ago at a Handigolf Foundation taster day in Scunthorpe. He had played before but when confined to a wheelchair thought his playing days were over. He never forgot that session and has returned the favour thousands of times over at the many taster days at Spinal Units and Golf Clubs. In fact “proof by demonstration” has been his mantra throughout.

His fund raising and organisational skills as Treasurer and then Chairman of our registered Charity has been the launch pad for his major contribution to the sport.

The application for his consideration was put together by Handigolf and supported by testimonials from The R&A and Tapton Park Golf Club where he was Senior’s and Club Captain. We are convinced he is the first wheelchair golfer in the world to hold such posts. Even Jean-Claude Claisse who rose up golf organisation ranks in France did not reach this level of playing and organisational ability.

The application was also supported by key statements by the late John Byrne the golf cordinator for BALASA and Handigolf’s Greg Jackson, the second wheelchair Club Captain ( Brailsford) in the world.John Byrne said “no disabled golf event is complete without wheelchair golfers and Terry Kirby is their best ambassador”. Greg Jackson’s recognition is that without Terry’s inspiration he would have not got so far in the world of golf.

The main thrust of the case was that Terry was always keen to include all disabilities in events and to integrate them with able-bodied players where possible. This inclusivity does not rule out specialist sections within events but allows tournaments to gain atmosphere and credibility by playiing alongside and against all golfing categories. If ever there was a Champion approach this is it.

Well done Terry Kirby from all at Handigolf.